Welcome to the Adamant Ditto Wiki!

The ultimate guide to Adamant Ditto 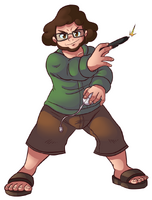 Adamant Ditto is a Youtube channel created by a group of self-proclaimed dorks that had been hanging out for years before creating a Youtube channel to share their dorkiness. The group does common "let's play" videos named "Let's Try That Agains", video game reviews, and podcasts dubbed "Extra Joys", alongside others. There are thirteen members of Adamant Ditto, and rotate out whenever they can.

Get to know AD!

'Shiny Ditto' is the name given to the fanbase of Adamant Ditto. Shiny Dittos are often given shout-outs within the Adamant Ditto videos, and some have even made appearances alongside the main cast. Several Shinies have become well known within the community.